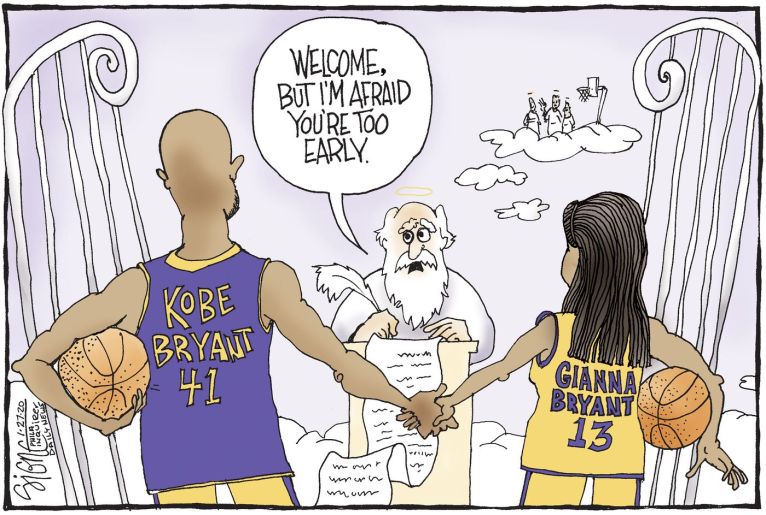 (BlackPressRadio.net) – The world is in mourning after the sudden death of three-time NBA Champion Kobe Bryant, 41, and his daughter Gianna aka “GiGi”, 13, were killed along with seven others as they headed to her basketball game at his Mamba Basketball Academy in his custom helicopter.

TMZ is under fire for releasing the names of the victims before the police could notify the families but it would have been nearly impossible not to report on the story because the crash of the very large helicopter scorched the earth beneath it and left an acre of trees on fire.

As news spread around the NBA, players like Carmelo Anthony cried and tried to hold back tears as they talked about losing their beloved friend and colleague.

But it wasn’t just Kobe and Gianna who died. Seven other people lost their lives.

The husband of a woman who died Sunday along with Kobe Bryantand his daughter Gianna in a helicopter crash said there are “no words” to describe the tragedy.

“It’s horrible,” Matt Mauser said, holding back tears while talking about the death of his wife, Christina Mauser. “I got three small kids and am trying to figure out how to navigate life with three kids and no mom,” he said during an interview Monday on the “TODAY” show.

Christina Mauser, 38, was one of seven people, in addition to Bryant, 41, and his daughter, 13, who died Sunday morning in the Calabasas crash. She was the assistant coach for Gianna Bryant’s Mamba Academy basketball team, a job for which Mauser said Bryant personally selected her.